News
You are here: Home1 / About Us2 / News3 / Buildings4 / State Stymies Military on Energy 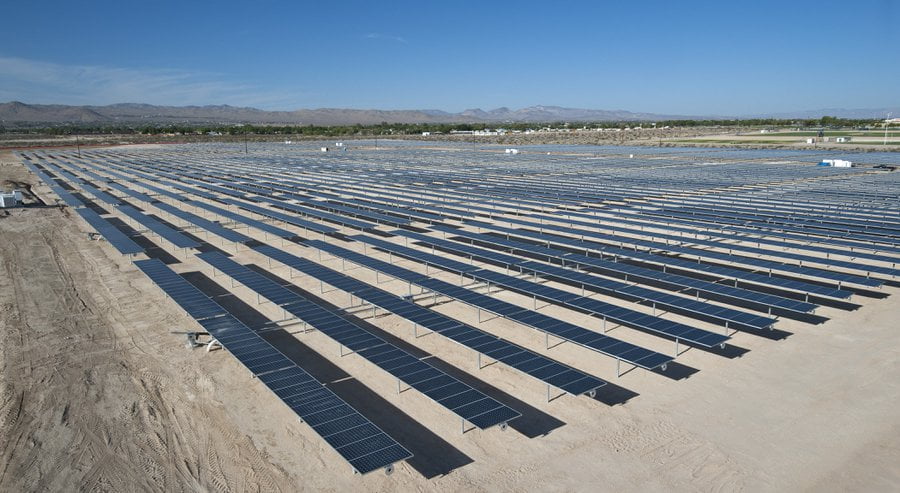 The Union Tribune recently published an article on power supply for military bases in CA. It was followed by a full page ad promoting a two-tiered rate to raise rates for more efficient users and lowering rates for inefficient users.  The current rate design already has regional adjustments built in for hotter climates.  Those that have invested in efficiency upgrades and solar get penalized while those that use more energy get relief.  Sounds “bass-ackwards” to me…

Interesting article, but missing some fact checking and in need of a different conclusion.  Here’s my comments/corrections to the article:

1. If 80-85% of the energy bill is to maintain T&D (wires), that leaves only 15-20% for the commodity. Most utilities across the US are in the 30-45% range for fixed costs. It’s not like San Diego has giant mountains or harsh weather which makes maintenance more expensive than other parts of the country. With the third highest energy rates in the nation (Hawaii and Alaska get those dubious honors), shouldn’t the question be, Where is all that money going?

2. The assertions that solar owners don’t pay for public purpose programs, all the other associated fees, and that public purpose is discounted for low income homeowners are false. Public purpose programs have, for many years, set moneys aside to incentivize efficiency and clean energy – for all customers. Solar bills contain the same line item fees that others do. The only difference is, who is making the big capital investment in infrastructure. Anyone who saves up their hard earned dollars or uses their credit to invest in clean energy should be entitled to at least the same or better returns than utilities get. Especially since homeowners don’t get the same long term rate guarantees that utilities do.

3. The assertion that all utilities in CA are like SMUD and pay retail for NEM solar is incorrect. SMUD is a small municipal (city) utility that has chosen to pay retail or below. All of the investor owned utilities and LA, which comprise roughly 95% of CA energy customers only pay wholesale for solar. IMHO, they SHOULD pay near retail for solar. Electrons do not flow all the way back to the utility, they flow to the path of least resistance, i.e. next door. Perhaps an alternate model would be for utilities to charge a simple tiered flat fee only – just to maintain the wires. Small, medium and large. Then, the PUC opens it up to competition for other companies to maintain the wires we’ve already paid for. Others would provide the energy commodity.

4. Utilities overall have historically been very slow in helping others connect their solar systems. Why should they when they are worried about losing their monopoly position, “departing loads”? Small DG is counter to that business model.  SDGE has improved a lot in their assistance with solar interconnections. Before CCSE was awarded the contract to manage rebates, I’m not sure that would have been the case though. Competition definitely helped.

5. Philosophically, nobody should be capped at how much distributed energy they can add to the grid. However, I do understand technically why the cap exists – to prevent huge voltage and reliability issues. The real question is, should the grid or utility provide battery service? Why not?  Right now, that battery service is procured via net metering, wholesale for what they produce and retail for the rest.  With adequate foresight, re-investment and managed risk, we’d already have a flexible, resilient grid, capable of providing that battery service on demand. Years ago, the 1 MW NEM cap was put in place to allow utilities time to figure out how to integrate distributed loads.  But now, it’s really a crutch to keep from moving faster in modernizing their network.  Competition solves that.  In absence of competition, clear direction is needed.  Remember, adding diversity to the power grid is a good thing.  It increases energy security and lowers carbon.  The worst thing we could do is to penalize or stifle those individual or social investors.

So what is the value of net metering?  Is the net payment of only paying wholesale up to a max of what they consume reasonable? I don’t think so. The value of solar power is much higher than that. First, the power generated goes straight to the nearest demand and does not travel far at all (usually less than a hundred feet). Also, since it does not pollute the air we all breathe, shouldn’t it be worth more than wholesale (fossil-fueled) power? Maybe more than retail even? But what about the grid as a battery? If a customer wants power when demand is high, they should pay a higher cost. What’s wrong with supply and demand model? When you consider the benefits of energy security and the air we all breathe. Those that stifle clean energy are basically saying it’s ok for our children to die while fighting over foreign interests or moving fossil fuels in military convoys. Or, it’s ok to pollute our air and accelerate climate change.

6. Large users, like military bases are like any other small NEM provider. They consume everything on site first. Only the excess power goes back to the grid. Rather than looking for an exception to the cap, they should invest in their own energy storage (for any excess energy) and become completely (or capable of being) off grid. In times of emergency, military bases should not be reliant on outside supply for anything – especially power!

7. The best part of the article was pointing out the irony of the CA senate in shelving AB2649 and then passing the $420M tax credit for defense contractors.

In the end, the death spiral is a real threat to the old utility model, but it’s not a threat to the economy and capitalism. If we are ever going to fight climate change and get energy independence, we should stop stifling competition by protecting an outdated model and allow massive social investments by individual investors (homeowners, businesses and military) in clean energy security.