News
You are here: Home1 / About Us2 / News3 / Environment4 / Scientists: Will humanity survive our bad habits?

At our current pace of pollution, the Earth may cease to be a “safe operating space” for humans in the coming decades.  Unfortunately, that is the conclusion of a new paper published in the journal of science by 18 researchers trying to gauge the breaking points in the natural world.  As a race, we have shown that we can respond to urgent environmental crises, but the window of opportunity is closing rapidly.

The paper contends that we have already crossed four “planetary boundaries.” They include the extinction rate; deforestation; the level of carbon dioxide in the atmosphere; and the flow of nitrogen and phosphorous (used on land as fertilizer) into the ocean.

“What the science has shown is that human activities – economic growth, technology, consumption – are destabilizing the global environment,” said Will Steffen, who holds joint appointments at the Australian National University and the Stockholm Resilience Center, and is the lead author of the paper.

These are not future problems, but rather urgent matters, according to Steffen, who said that the economic boom since 1950 and the globalized economy have accelerated the transgression of the boundaries. No one knows exactly when push will come to shove, but he said the possible destabilization of the “Earth System” as a whole could occur in a time frame of “decades out to a century.”

The researchers focused on nine separate planetary boundaries first identified by scientists in a 2009 paper. These boundaries set theoretical limits on changes to the environment, and include ozone depletion, freshwater use, ocean acidification, atmospheric aerosol pollution and the introduction of exotic chemicals and modified organisms.

Beyond each planetary boundary is a “zone of uncertainty.” This zone is meant to acknowledge the inherent uncertainties in the calculations, and to offer decision-makers a bit of a buffer, so that they can potentially take action before it’s too late to make a difference. Beyond that zone of uncertainty is the unknown — planetary conditions unfamiliar to us.

“The boundary is not like the edge of the cliff,” said Ray Pierrehumbert, an expert on Earth systems at the University of Chicago. “They’re a little bit more like danger warnings, like high temperature gauges on your car.”

Pierrehumbert, who was not involved in the paper published in Science, added that a planetary boundary “is like an avalanche warning tape on a ski slope.”

The scientists say there is no certainty that catastrophe will follow the transgression of these boundaries. Rather, the scientists cite the precautionary principle: We know that human civilization has risen and flourished in the past 10,000 years — an epoch known as the Holocene — under relatively stable environmental conditions.

No one knows what will happen to civilization if planetary conditions continue to change. But the authors of the Science paper write that the planet “is likely to be much less hospitable to the development of human societies.”

The authors make clear that their goal is not to offer solutions, but simply to provide information. This is a kind of report card, exploiting new data from the past five years.

It’s not just a list of Fs. The ozone boundary is the best example of world leaders responding swiftly to a looming environmental disaster. After the discovery of an expanding ozone hole caused by man-made chemicals, chlorofluorocarbons, the nations of the world banned CFCs in the 1980s.

This young field of research draws from such disciplines as ecology, geology, chemistry, atmospheric science, marine biology and economics. It’s known generally as Earth Systems Science. The researchers acknowledge the uncertainties inherent in what they’re doing. Some planetary boundaries, such as “introduction of novel entities” — CFCs would be an example of such things — remain enigmatic and not easily quantified.

Better understood is the role of carbon dioxide as a greenhouse gas. The safe-operating-zone boundary for CO2 had previously been estimated at levels up to 350 parts per million. That’s the boundary — and we’re already past that, with the current levels close to 400 ppm, according to the paper. That puts the planet in the CO2 zone of uncertainty that the authors say extends from 350 to 450 ppm.

At the rate CO2 is rising — about 1 or 2 ppm per year — we will surpass 450 ppm in just a couple of decades, said Katherine Richardson, a professor of biological oceanography at the University of Copenhagen in Denmark and a co-author of the new paper.

Humanity may have run into trouble with planetary boundaries even in prehistoric times, said Richard Alley, a Penn State geoscientist who was not part of this latest research. The invention of agriculture may have been a response to food scarcity as hunting and gathering cultures spread around, and filled up, the planet, he said.

“It’s pretty clear we were lowering the carrying capacity for hunter-gatherers 10,000 years ago,” Alley said.

There are today more than 7 billion people, using an increasing quantity of resources, turning forest into farmland, boosting the greenhouse gases in the atmosphere and driving other species to extinction. The relatively sudden efflorescence of humanity has led many researchers to declare that this is a new geological era, the human age, often referred to as the Anthropocene.

The Earth has faced shocks before, and the biosphere has always recovered. Hundreds of millions of years ago, the planet apparently froze over — becoming “Snowball Earth.” About 66 million years ago, it was jolted by a mountain-sized rock from space that killed half the species on the planet, including the non-avian dinosaurs. Life on Earth always bounced back from these shocks.

“The planet is going to take care of itself. It’s going to be here,” Richardson said.  However, the human race may not be around to witness it.

“There’s a lot of emotion involved in this. If you think about it, the American ethic is, ‘the sky’s the limit.’ And here you have people coming on and saying, no it isn’t, the Earth’s the limit,” she said.

Technology can potentially provide solutions to many of the environmental problems we face today. But technological innovations often come with unforeseen consequences. Pierrehumbert said we should be wary of becoming too dependent on technological fixes for global challenges. 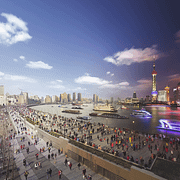 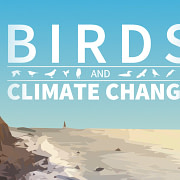 Will the U.S. have to find a new national bird?
0 replies